Strype Bike Lanes As You Ride 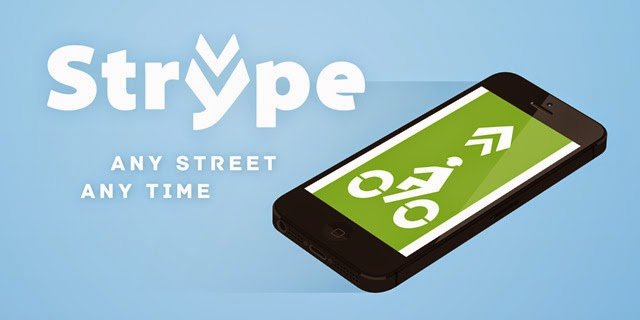 Add a bike lane to your commute instantly with the push of a button. Strype any street, any time.

Are you tired of waiting for your city to build safe bicycle infrastructure? Stop waiting and take matters into your own hands, by using them to download and launch our new app, Strype.

Strype uses your smartphone's camera to display the street in front of you on screen. Then, to give you a sense of acceptance and security, Strype overlays a bike lane. Glance down at the display from time to time to see what it would look like if your city welcomed your bike and was engineered for your safety.

Since Strype honors no government or traffic engineer, you don't have to ask permission. And since no one can see your private bicycle lane, there's no chance of resident outrage or tedious council meetings to relocate lost parking spaces. Just Strype and ride. 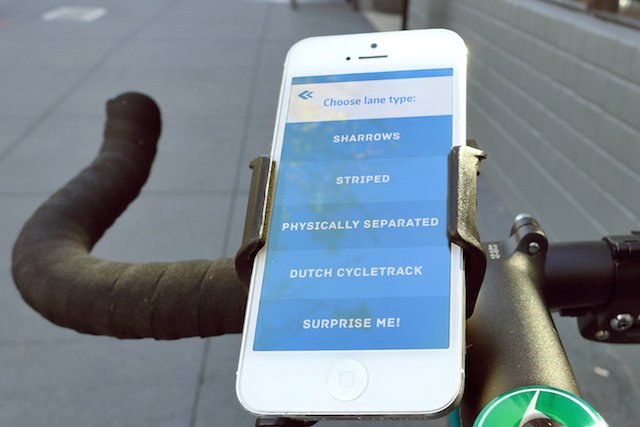 With Strype you become transit authority and construction crew in an instant. No red tape, just white lines.

Because we believe the streets belong to all users, and that a sense of safety should be a right, not a privilege, Strype will always be free.

Strype Pro however, will always be $3.99, because we're a business.

Obstacles Into Opportunities - Pro allows you to turn street obstacles, like double-parked cars and potholes, into opportunities for bonus points. Link your Facebook profile and compete with your co-workers for high score.

Transit Data - Pro transmits your lane data to city officials via an open API. Show your supervisors, mayor, and city planners where you most need protection. If they know, surely they'll build real infrastructure.

Voice Activation - Pro accesses your phone's mic to allow voice activation and control. No need to take your hands off the bars, simply speak the launch command and lane type.

Feel safe with Strype on any street, at any time.

*Strype in no way actually increases safety. Keep your eyes on the road.