Do Helmets Make "Us" Safe?

UPDATE 4/11: Good news, Senate Bill 192 has been ammended due to overwhelming opposition. The helmet and hi-vis language has been pulled and Sen. Liu is now calling on the Office of Traffic Safety to conduct a study of bicycle helmet use. Her office issued this statement:

"Carol believes in consensus-driven policy, and there were too many conflicting opinions about helmet use. A study will provide the data needed to guide us to the next step."

Should you be legally required to wear a helmet and reflective vest while riding? A new bill introduced by state Senator Carol Liu would make California the only U.S. state to say yes you should, no matter your age. 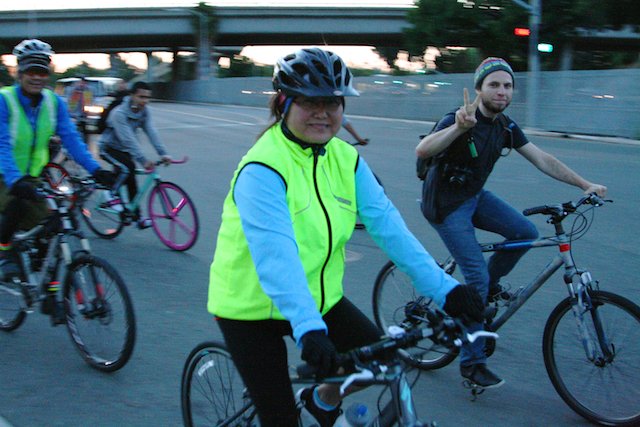 California law already requires people cycling under 18 to wear a helmet, but Sen. Liu's new bill (SB 192) would require all riders - regardless of age - to wear one. California law also already requires lights and reflectors at night, but Sen. Liu's bill mandates "high-visibility" clothing. The penalty for bare-headed or low-vis scofflaws would be $25 plus court fees (that add up quickly).

Since evidence based policy should always be our civil goal we have to ask: is this law the best use of resources to increase safety and awareness? Does it promote an accurate picture of the risks of cycling? And will putting a helmet on every head actually make people safer?

To Helmet or Not To Helmet

The helmet debate is a passionate one. We won't settle that debate here, nor will we try (and neither will this bill).

There are personal and empirical reasons to wear, or not to wear a helmet. Many people know somebody with an “If I wasn’t wearing my helmet...” story. Your mom definitely wants you to wear one. But surprisingly, the evidence of effectiveness is inconclusive:

In the individualistic view (that means you) it’s accepted the benefits outweigh the burdens. If you like wearing one, go for it. Most of us here at Mission Bicycle do.

In the sociocentric view (that means all of us) however, mandatory helmet laws hurt more than they help. Let’s look at why.

Currently, no U.S. state mandates helmet use, but many municipalities and a few countries do. No studies on these laws have found “good evidence of an injury-reducing effect,” instead showing “enforced helmet laws discourage cycling but produce no obvious response in percentage of head injuries.” [source]

Translation: the more people cycling and walking, the less likely each is to be hurt in a collision with a car. 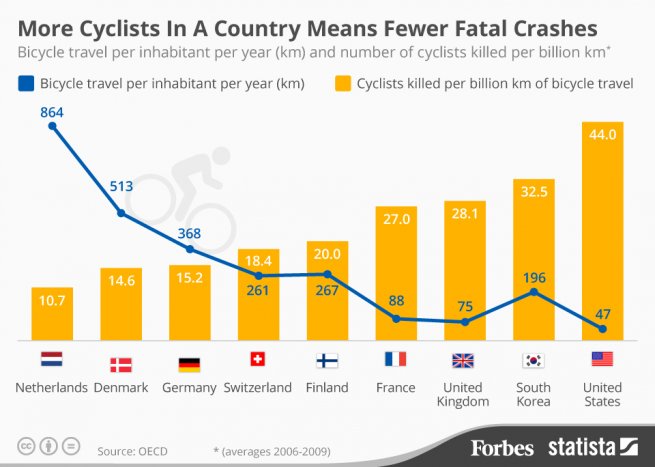 "Research, published in the journal Environmental Practice, builds on this theory, showing that cities in California with higher bicycling rates were safer for all users, including motorists, while communities with few bikes had higher traffic crash rates for all users." [source]

Translation: the more bikes on the road, the safer the roads for all users, including pedestrians and drivers. 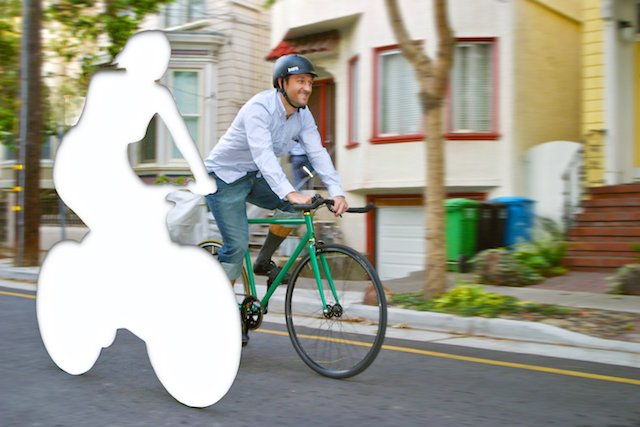 The Helmet Safety Institute goes on to say:

"In sum, your helmet will do a good job of protecting you in a fall, but the limits can be exceeded. It should be clear that nothing about wearing a helmet affects the need to ride safely, or the need for safe riding facilities." [emphasis added]

Translation: a helmet will "do a good job of protecting you" in a fall, not from the force of a Volvo running a red light. Volvo protection requires separated infrastructure, slower speeds, social education, deterrent criminal prosecution, etc... all things that would be a better use of California's time and money than helmets and vests.

Mandating helmets sends the message that bike commuting is more dangerous than it actually is. That message discourages new riders even though the personal and social benefits of cycling are well documented. "Studies have found that the health benefits of cycling, measured in years of life gained, far outweigh the injury risks measured in years of life lost - by about 20 to 1."

This bill places the burden of safety squarely on the social group that is most vulnerable, rather than on the infrastructure and/or social group most likely to cause harm. There are lots of things we can and should be doing to protect people cycling, but SB 192 isn't one of them.

Because of these reasons, we join the California Bicycle Coalition and many others in opposing this bill.